We are closely monitoring government guidelines on the Coronavirus. All our systems and processes are set up so that our team can work remotely. For further information regarding Coronavirus and market activity, please click the link below. 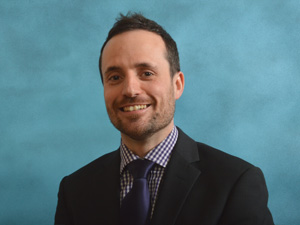 Matt was introduced to financial services by none other than our Managing Director David Penny, who at the time was a manager at Birmingham Midshires. Over a decade later and after patiently monitoring his progress, Matt joined Invest Southwest in 2012.

In addition to Birmingham Midshires, Matt worked at Halifax and AXA and he has also been involved with Britannia, Insight Investments and The Co-operative Bank.

Matt is always punctual, polite, friendly and well informed. All questions are answered with clarity. I have never felt pressurised at any time to make a decision. I felt at ease all the time and connected with his information and friendly business-like manner. I have already recommended Matt and Invest Southwest - Mrs S, Bristol.